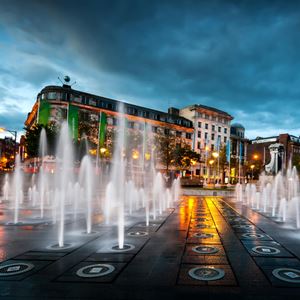 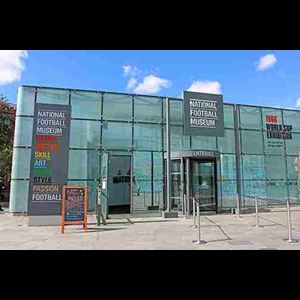 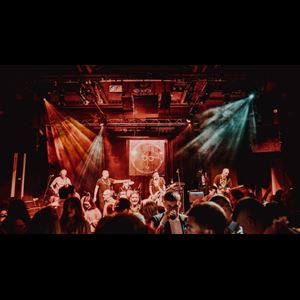 If you’re looking for an escape to the countryside in Liverpool, then Sefton Park is the perfect place to explore. If you’re looking for a sunny walking route, then the park has lots of paths for you to enjoy. Or, if you’re little ones need to let off steam, there’s plenty of wide-open spaces for them to play in, plus there are woodland and small lakes where you can do some local wildlife spotting. As one of the up and coming cultural hubs of the UK, there are lots of creative and interesting places in Manchester. With blink-it-and-you-miss buzzer entry on Charlotte Street, the Portico Library used to occupy the entire Grade-II listed building it still sits in, and is still home to some of the rarest 19th-century books. Similarly, the People’s History Museum holds some of Britain’s most unusual artefacts, with a collection that charts the movement of democracy through the past, present and future of the UK.

Another secret and beautiful spot just around the corner from the Museum of Science and Industry is St John’s Gardens, which offer a tranquil and hidden oasis in the heart of the city. Alternatively, head to The Monastery for a striking example of British architecture, with Edward Welby Pugin’s famous conversion of a Franciscan church and friary. Or, if you’re looking for a taste of Manchester’s history, then head to the city’s first-ever licensed distillery for a sip of their gin, rum or vodka.

In Birmingham, there are places of interest wherever you look. From the modern icon of the Bullring centre to the ancient walls of its cathedral, this historical and industrial hub has lots of offer in terms of landmarks. Just taking a stroll down the famous canals, you will get a sense of the thousands of labourers and dark sorts who used to work here, including the now-famous Peaky Blinders.

You can also get a sense of how local families used to live by visiting the Birmingham Back to Backs, where you’ll be dropped back directly into the 19th century. For another quirky twist on history, you can visit the Pen Museum, created in homage to Birmingham’s 19th century steel pen trade, or the Museum of the Jewellery Quarter, where you can learn all about one of the city’s most famous industries.

You can also get a sense of how local families used to live by visiting the Birmingham Back to Backs, where you’ll be dropped back directly into the 19th century. For another quirky twist on history, you can visit the Pen Museum, created in homage to Birmingham’s 19th century steel pen trade, or the Museum of the Jewellery Quarter, where you can learn all about one of the city’s most famous industries.

Considered a hidden gem itself, Chester is as rich in history as it is in independent shops, cafes and restaurants. Whether you enjoy a spot of lunch after wandering through the Groves on the banks of the River Dee, or fancy a coffee and a cake after enjoying the sights at Mount Pleasant Gardens, there are plenty of eateries for you to choose from in and around the centre.

If you’re looking to find out more about the Romans, Georgians and Victorians that called this place home though, you won’t be disappointed, with many historical places of interest in Chester. Wander down Chester Rows to admire some of the city’s oldest buildings, hunt down your own historical treasures at the Antiques Shop, or admire some of Chester’s most ancient and beautiful architecture at Chester Cathedral. You can even take the climb up to the roof to get a better view of the city.

Home to some of the UK’s quirkiest gothic history and culture, there are places of interest in Glasgow to suit everyone’s taste. Delve into the darkest parts of the city at the Necropolis, a cemetery that’s home to over 3,500 monuments, including one designed by the city’s most famous architect, Charles Rennie Mackintosh. You can also see some of his work at the Lighthouse, a cultural hub for many creatives and artists in the city, as well as home to unusual and inspiring exhibitions.

For another unique and unusual experience, head to the Britannica Pantopticon, the world’s oldest surviving music hall. Built in the 1850s, you can tread the boards of former legends such as Stan Laurel and Cary Grant. Or, for a more relaxing stroll, head to the Glasgow Botanic Gardens and explore Kibble Palace, or take a jaunt down to Ashton Lane, one of Glasgow’s hidden gems and home to some of its best restaurants and bars.

Whichever corner of the country you’d like to discover, Avanti West Coast will get you to the centre of any landmark UK city refreshed and ready for a day of exploring. Just a short walk from many of these city’s major (and minor) attractions, you don’t need to worry about parking or getting to your destination on time. Plus, you can book your tickets in advance using our Journey Planner, so you can be sure to make the most of your day trip or short break away.

So whether you’re a history buff, a foodie or a culture magnet, you can enjoy some of Britain’s most special and secret landmarks with Avanti West Coast trains.

Book direct with us and you won't pay any booking fees.

On Britain’s beaches, you can’t always guarantee the hottest, sunniest weather. But this doesn’t make the beach walks any less beautiful. Here are some of our favourites.

Find out all about our onboard food and drink options.

The newest way to travel on our trains.