A small city on the North Wales coast, Bangor has a fascinating history and a very modern university. Here’s all you need to know about visiting by train. 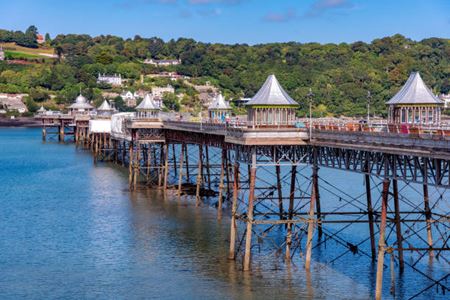 One of the smallest cities in the UK, Bangor has a population of just 16,000 – it’s the ancient cathedral that is its ticket to city status. It was an even smaller settlement until the railway from Chester to Holyhead was built through the area, and the opening of the station in 1848 helped the city to grow. The road bridge to Anglesey (Menai Suspension Bridge) is right next to Bangor, and was finished 22 years earlier in 1826. Victorian Bangor became something of a resort, but nowhere near as popular as Rhyl, Conwy, Llandudno and such like, and it remains a more relaxing place to visit.

The city sits on the Menai Strait, with the island of Anglesey just 1 kilometre away to the north-west, or 500m if you stand at the end of Garth Pier. The pier is now a Grade II listed building and was actually threatened with demolition in the 1970s, more than 50 years after it was damaged by a boat and fell into disrepair. A local campaign saved and protected it, and it’s now mostly open to the public while it’s being fully restored. Bangor is an interesting place to visit, and is thought to have the longest shopping street in Wales, so why not hop on a train to Bangor to explore this fascinating university city?

Situated right on the main line along the North Wales coast, Bangor is a doddle to reach by train. Here are some journey times for the most popular routes.

Things to do in Bangor

Although to the untrained eye, Penrhyn Castle might look like one of the many Medieval castles that are dotted around Wales, this one is much newer, and was built as a country house in the 1800s. There had been a fortress here from the 1400s, but little of the original structure remains. The castle and grounds are now owned by the National Trust, so that naturally means a fine day out among the well kept gardens and structures. All is not rosy with the castle’s history, however, and learning about the owner’s links with the slave trade is a sobering but very worthwhile experience. 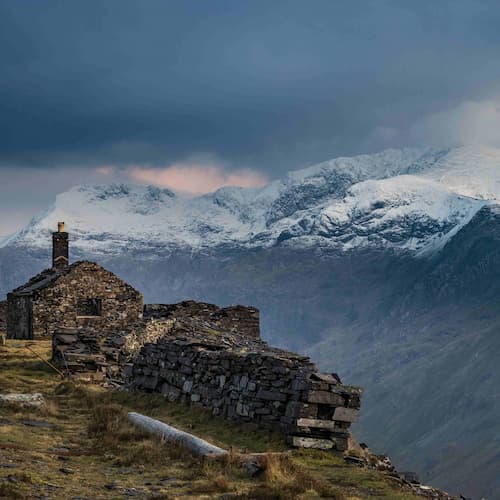 Bangor is a small cathedral city in both senses of the phrase. The place of worship can trace its foundation back to the 6th century, the dawn of Christianity in Britain. If you’re used to huge cathedrals like those in the major cities of the world, you might be in for a pleasant surprise, as Bangor Cathedral is around the size of a modest church you’ll find in any town or village in the UK. That doesn’t make it any less interesting, of course. It has undergone many renovations over the years, and has beautiful stained-glass windows to savour.

Bangor sits just to the north of Snowdonia, so you’re a short trip away from all the beauty and excitement that has to offer. You can climb Snowdon or one of the other mountains in the range, or have a go on the enormous zipline over an abandoned quarry if you’re that way inclined (downwards). Don’t forget – you can get a train to Betws-y-Coed in the heart of Snowdonia, a beautiful journey to a delightful destination. You’ll just need to change at Llandudno Junction.

Let’s start saving you money on your rail trip to Bangor. The simplest way is to avoid peak hours – by travelling outside of the rush hour, you’ll save money without doing anything else. If you have a Railcard, you’ll save even more from your off-peak travel, which can be as much as 50% for younger travellers, or 33% for everyone else. If you use the train a lot, it’s a sound investment.

When and how you book your ticket also affects the price. Booking well in advance – the earlier the better – can save you money from the off. And if you’re travelling with friends, colleagues or family, consider a group booking for even more savings for parties of three or more.

Booking direct through this website or the Avanto West Coast app is another way to save. We don’t charge a booking fee, and if you find the same ticket cheaper elsewhere, we’ll refund the difference as soon as you let us know. These are just some of the ways to save – check out our Best Fare Finder to help you pay less on your travel.

Do you need more information on Bangor Station?

Here’s everything you need – parking, accessibility, WiFi, buses, toilets and much more.