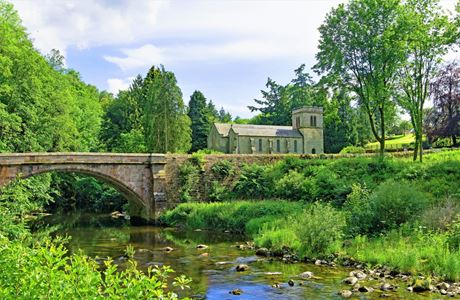 Tens of thousands of passengers pause at Penrith Station every week as they travel between Scotland and English cities, but not all that many get on or off. That’s a shame, as Penrith is a lovely town with plenty of history, not to mention some excellent restaurants, cafes and bars.

There’s been a settlement here since Roman times, as it was on the main road from Carlisle (and Hadrian’s Wall) to Manchester. The town survived and turned into a market town, and its population grew in the nineteenth century when houses were built to accommodate those working on the railway that we still use today. Still, at just 15,000 people, it remains a relatively small town.

There’s a junction on the M6 just outside the town, so both rail and road users will leave their main routes here to head to the Northern Lakes such as Ullswater, Derwentwater and Thirlmere, the peaks of Helvellyn and Skiddaw, and the towns of Keswick, Pooley Bridge and Grasmere. To the East, there’s one of the UK’s five Center Parcs, Whinfell Forest. So whether you’re visiting this fine town or using it as a stopping-off point for visiting other places (or both), here’s all you need to know about trains to Penrith.

Penrith is pretty central in Britain, so it’s handy to reach from the big two Scottish cities, London, Wales and western England.

Things to do in Penrith

You don’t have to make an extra trip to see Penrith Castle, as it’s right in the heart of town – in fact, it’s literally across the road from the station. It’s managed by English Heritage but sits in a public park, so there’s no entrance fee. The castle dates back to the 15th century as a fortress against raiding Scots but fell into disrepair. As ruins go, however, Penrith Castle is still impressive, with two towers and plenty of walls still standing, all in immaculately maintained grounds.

If castles are all a bit too modern for you, there are three ancient stone and earth monuments in the area. First, there’s Mayburgh Henge, just outside the town to the south. A few minutes’ walk away lies King Arthur’s Round Table, another circular earthworks which despite the name (and the fact that it definitely exists), dates back at least 4,000 years, although legend has it that Arthur used to joust here. Finally there’s Little Salkeld, another stone circle in a fine village 15 minutes away from Penrith. While you’re there, you can take the opportunity to visit the village’s water-powered mill and grab a bag of flour. 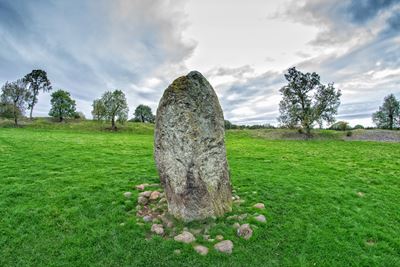 Foodies will always find something to their tastes here. From the modern to the traditional and with cuisines from all over the world, there’s a restaurant with your name on it. Then you can pop over to one of the excellent pubs in the town. 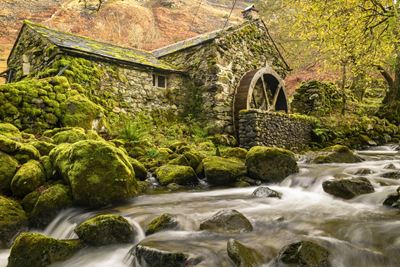 Plan ahead, and you should never have to pay full price on your train ticket to Penrith. That’s because the further you book in advance, the cheaper your ticket will be – and you’ll be more likely to be able to book a seat. That’s also true if you’re booking as a group. If there are three or more of you travelling, you can get discounts for a group booking and you’re much more likely to be able to get a table or multiple tables together.

A sure way to save is to travel outside peak hours – that’s when all the trains are at their busiest with passengers travelling to and from work. Avoiding these trains will give you a quieter – and cheaper – journey. It also pays to book direct through this website or our app. We don’t charge a fee on our own trains, so there’s a saving compared to third-party vendors.

Finally, if you travel a lot by train, a Railcard could easily pay for itself. There’s a one-off charge, but every time you travel off-peak you qualify for a discount, which can be a third off or as much as half price for younger travellers for a whole year. Find out more ​​ways to save.

To find Penrith Station, and get information on what you can expect when you get there, including accessibility, parking and WiFi availability, visit its page here: