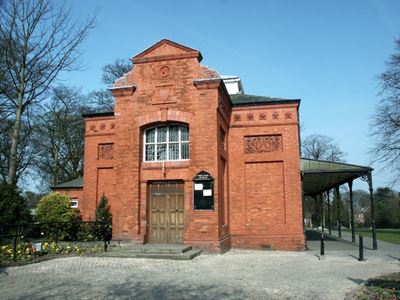 Macclesfield is about as far to the east of Cheshire as it’s possible to be without encroaching on Derbyshire’s territory, but the town of 50,000 is usually considered to be within Manchester’s sphere. It’s in the middle of a triangle formed by Wilmslow, Congleton and Buxton, and there’s a good few miles of typically Cheshire countryside (mainly farmland) in every direction. Step outside the east and south of the town and you’re in the Peak District, one of England’s National Parks.

A proud market town, Macclesfield is where Hovis, the bread company, was founded in 1886, and much of the town’s original Georgian architecture that predates it is still standing. But it’s still a modern town, playing host to many tech companies and a thriving pharmaceutical industry. Thanks to the ease with which you can get trains to Macclesfield, it’s a popular commuter town for workers in Manchester and Stoke.

Macclesfield is on the West Coast Mainline, so it’s easy to reach from anywhere in the UK. Here are some of the most popular routes and how long the journey takes.

Things to do in Macclesfield

Macclesfield has no fewer than four museums, which give a fascinating insight into the town’s past, particularly its silk-making history. There’s the Silk Museum, Paradise Mill, The Old Sunday School and West Park Museum, and each one tells a different part of the story of this town and its place as a hub of the surrounding countryside. 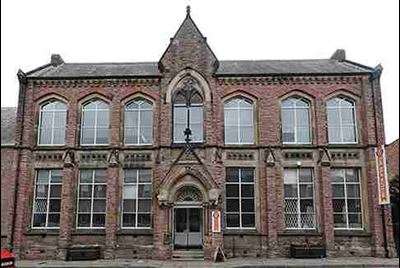 Jodrell Bank is a few miles to the West of the town, so this is your first stop if you’re taking the train. The dominant feature is the huge radio telescope that can be seen for miles around. It was built in 1957, originally as a temporary structure, but clearly someone lost the memo as it’s still very much in use today. It tracked Sputnik 1, the first satellite, in the same year, and played a part in the American moon landings in 1969. There’s a fantastic science and discovery centre, plus a cafe and wonderful arboretum (the location’s original purpose), where you can discover all the planets hidden amongst the trees relative to their distance from the sun, played convincingly by the telescope. The observatory is now a UNESCO World Heritage Site. 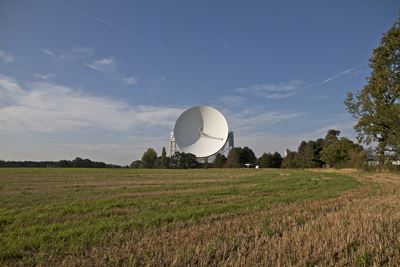 If you love furniture - or for anyone who appreciates art and design - you have to have a walk around Arighi Bianchi, a large designer interior store that’s been in the town since 1854 when its Italian founder set up shop to take advantage of the local silk industry. It attracts customers from all around the region, and its store, which dates back to 1892, is an imposing and beautiful four-storey building based on the Crystal Palace in London. There’s also a cafe where you can sit down and relax after an hour of trying out chairs. And it’s only five minutes’ walk from the station. 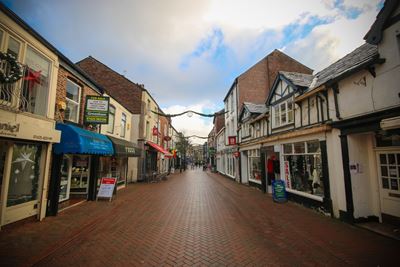 We’ve put all our ​​ways to save on their own page, but let’s summarise them here. First, you should always book in advance when you can. The earlier you book, the cheaper your ticket will be, so as soon as you find out you need to travel to Macclesfield, book your ticket on this website or our app. Why here? Because when you book direct, you’ll never pay a fee, unlike when you go through a third-party train ticket seller.

If you’re a regular traveller, we’d urge you to get yourself a Railcard. The one-off annual fee gives you big discounts on off-peak travel, usually one third but as much as a half for younger travellers. That can add up to some serious savings, so if you’re working in Macclesfield and have flexible hours, or plan to visit friends or family regularly, it’s a no-brainer. Finally, If you’re travelling with friends or colleagues, you should consider a group booking, as we give discounts when there are three or more of you.

You can find more detailed information on Macclesfield station itself here:

This information page tells you all about parking, accessibility, WiFi, toilets and much more besides, so check it out before you travel.