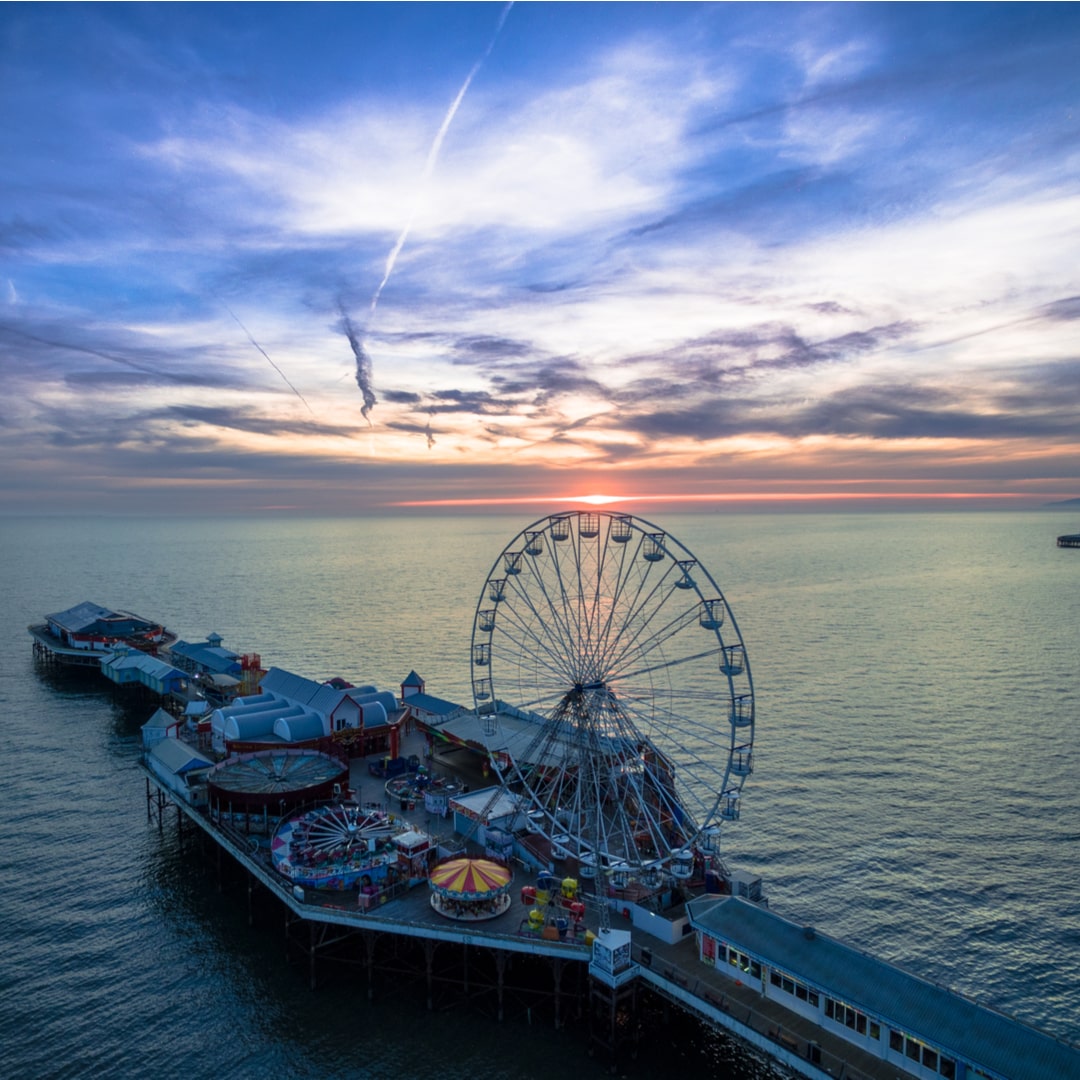 When you travel by train to Blackpool, you’re retracing the path of history. A once sleepy seaside town on the north-west coast, Blackpool first became a spa resort for wealthy 18th-century travellers to take in some sea air. But when the railway arrived in the middle of the 19th-century, followed by affordable holidays for British workers in the twentieth, it made Blackpool the tourism destination it is today. In 1894, alongside the holidaymakers in deckchairs and hanky sun hats, the tower went up and became the tallest structure not just in Britain, but in the British Empire.

Two years later the Pleasure Beach was opened, and it has been a major attraction ever since. The town has completely transformed over the years, but the spirit of Blackpool remains constant – it’s a town of laughter, exhilaration and somewhere you can let your hair down. And don’t forget the whole reason it became a resort – the beach. The seven miles of golden sand often get overlooked, so if you like the sand between your toes alongside thrill rides and entertainment, you can’t go wrong with a town that combines fresh air and fun.

Things to do in Blackpool

No trip to Blackpool is complete without going up the Tower. The views of the town, Pleasure Beach and the coast are impressive enough, but on a sunny day you’ll also be able to see North Wales, the Isle of Man, the Lake District, Liverpool and possibly more. The Tower is part of an entertainment complex that includes the Ballroom, where they stage Strictly. Before you get a tower ticket, check out the deals you can get for multiple attractions.

There have been rides and other funfair attractions at Blackpool Pleasure Beach since 1896, and it has continued to be on every thrill ride lover’s favourites list ever since. Its most famous rides throughout the years have included The Grand National, the original wooden big dipper, Revolution, Valhalla, and the most famous, The Big One, which was the tallest and steepest coaster in the world when it opened in 1994 (it’s still the tallest in the UK at 65m). If this all sounds like heaven to you, it’s a must. 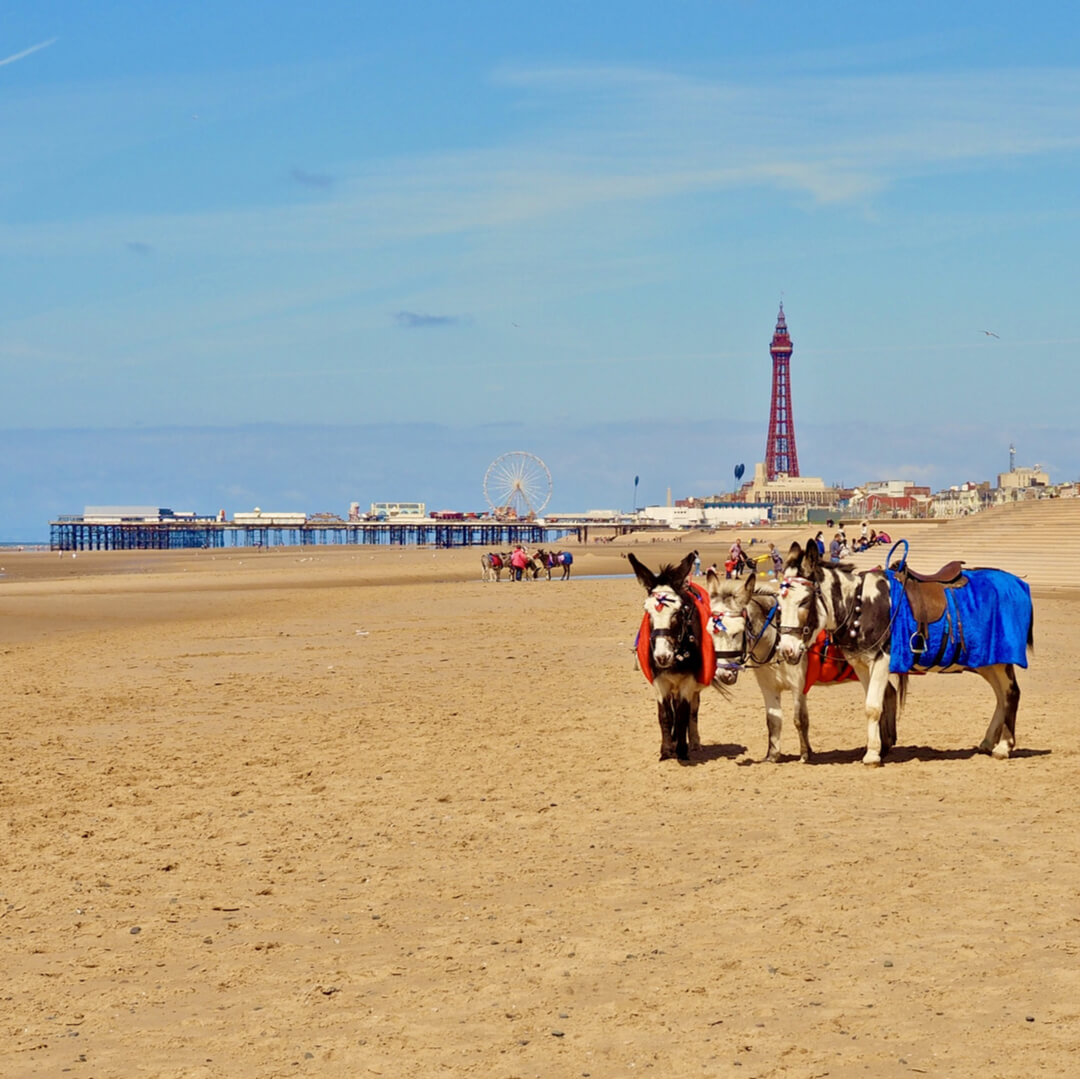 Blackpool is also a place to be entertained by some of the best acts in the world. We can’t possibly list all the shows here, but if it’s glitz you’re after there are several venues where comedy shows and musicals are packed to the rafters night after night, so check out the listings at the Grand Theatre, Empress Ballroom, Winter Gardens and Opera House for details.

From Railcards to booking off-peak, there are plenty of ways to avoid paying the full fare when you travel to Blackpool on Avanti West Coast. You can find details on our ​ways to save page, but here’s a quick rundown.

The biggest saving comes from having a Railcard. With savings of one third for most passengers, and up to a half for 16- and 17-year-olds, it makes good sense to card up if you travel a lot by train off-peak, or if you’re making a few long-distance journeys in a year. To make it cost-effective, you basically need to save the cost of the card itself – £30 a year or £70 for three years – so you don’t have to make too many long-distance journeys to start saving. You can also get your Railcard on your phone, so it’s convenient and impossible to lose – even if you need to replace your phone.

Did you know that booking directly through Avanti West Coast’s website or app can save you money? Unlike other sellers, we don’t charge a fee. And if you do find the same ticket cheaper elsewhere, just let us know and we’ll refund the difference.

The line to Blackpool branches off the official West Coast Mainline at Preston, so the quickest route from many destinations will involve a change at Preston (Lancs) station. There are some direct services which we’ve listed out below.

All you need to know about Blackpool Station, from parking and accessibility to WiFi coverage, can be found here: