Select a date for your journey
Tickets available
If you don't want to be tied down to a specific train time, choose one of our open return tickets.
×Close

Select a date for your journey
Tickets available
If you don't want to be tied down to a specific train time, choose one of our open return tickets.
× Close

Select a date for your journey
Tickets available

Stafford might be the county town of Staffordshire, but it’s only the third most populous, after Stoke-on-Trent and Newcastle-under-Lyme (and also the least hyphenated of the three). That said, it’s no hamlet. With a population of well over 120,000 for the borough, it’s a lively, buzzing town with bags of history, most of it not only on display but in everyday use. Walk around the town centre and you’ll pass plenty of Georgian, Victorian and modern architecture, and even a very prominent Tudor building that’s still in use today.

Being located almost halfway between Stoke and Birmingham, Stafford is perfectly placed to be a commuter town for both cities. With the West Coast Mainline joining all three, along with Edinburgh, London and a host of other cities, it’s no wonder people choose to live here. Of course, it’s not populated entirely by commuters. It has plenty of businesses and shops here, making the town centre a pleasant and thriving place to live and work. So if you’re planning a visit to sample the history and the lifestyle, here’s all you need to know about trains to Stafford.

It’s easy to reach Stafford by train from anywhere in Britain. Here are some times to give you an idea how long it will take.

Things to do in Stafford

Stafford Castle is perched on a hilltop to the south west of the town, and is well worth a visit when you’re here. It dates back to Norman times, but was restored as a place to live in the 1800s, and was actually inhabited until the early 20th century. It was only in the 1960s that it was handed over by the owners to the local authorities to make it public. There’s a well appointed visitor centre to let you know all about the history, and even if you have no interest in Medieval structures, the views from the hill are stunning. 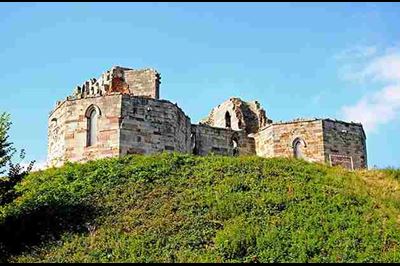 Many believe that the Ancient High House is the oldest surviving Tudor building in England, and back in its day would have dominated the skyline, being an unprecedented four storeys high (and was probably called the Not Very Ancient High House). It literally stands out in the street, not least because it’s adjoined on both sides by much more modern buildings. What’s charming is that it’s still in use today as normal everyday shops, which really brings it to life. You can admire it from outside or book a tour if you want to see more.

Just outside Stafford is the beautiful forest of Cannock Chase. You can spend a whole day exploring the woodlands, but there are also activities like Go Ape treetop activities, or you can hire a mountain bike and ride the perfect trails. It’s where the locals go, and attracts peace-lovers from Birmingham, Wolverhampton, Stoke and beyond.

If your journey to Stafford is a one-off, try to book ahead and avoid peak hours to start saving. Paying at the station on the day will always cost the most. By booking in advance you’ll probably save money – in fact, the earlier you book, the cheaper it’s likely to be. You might be travelling with a group rather than alone. In that case, you can take advantage of a group booking discount – if there are three or more of you and you all book together in one transaction, you can make great savings.

If your travel to Stafford is a more regular event, it’s probably worth getting yourself a Railcard. For a one-off price, once a year, you can get savings for 12 months on all your off-peak travel by train, whether it’s to Stafford or somewhere else. That can mean discounts of one third, or as much as a half for 16–17-year-olds.

Finally, you should book direct through this website or our app. Third party vendors always charge a fee on top of your ticket fare, but we never do. For more saving tips, visit our ways to save page.

Do you need info on Stafford Station? Click here:

It’s got everything from toilets to WiFi, including accessibility and parking, so you can arrive at the station prepared.