Wrexham is North Wales’s biggest settlement, and it’s really easy to reach by train. Here’s all you need to know about getting there and what to do. 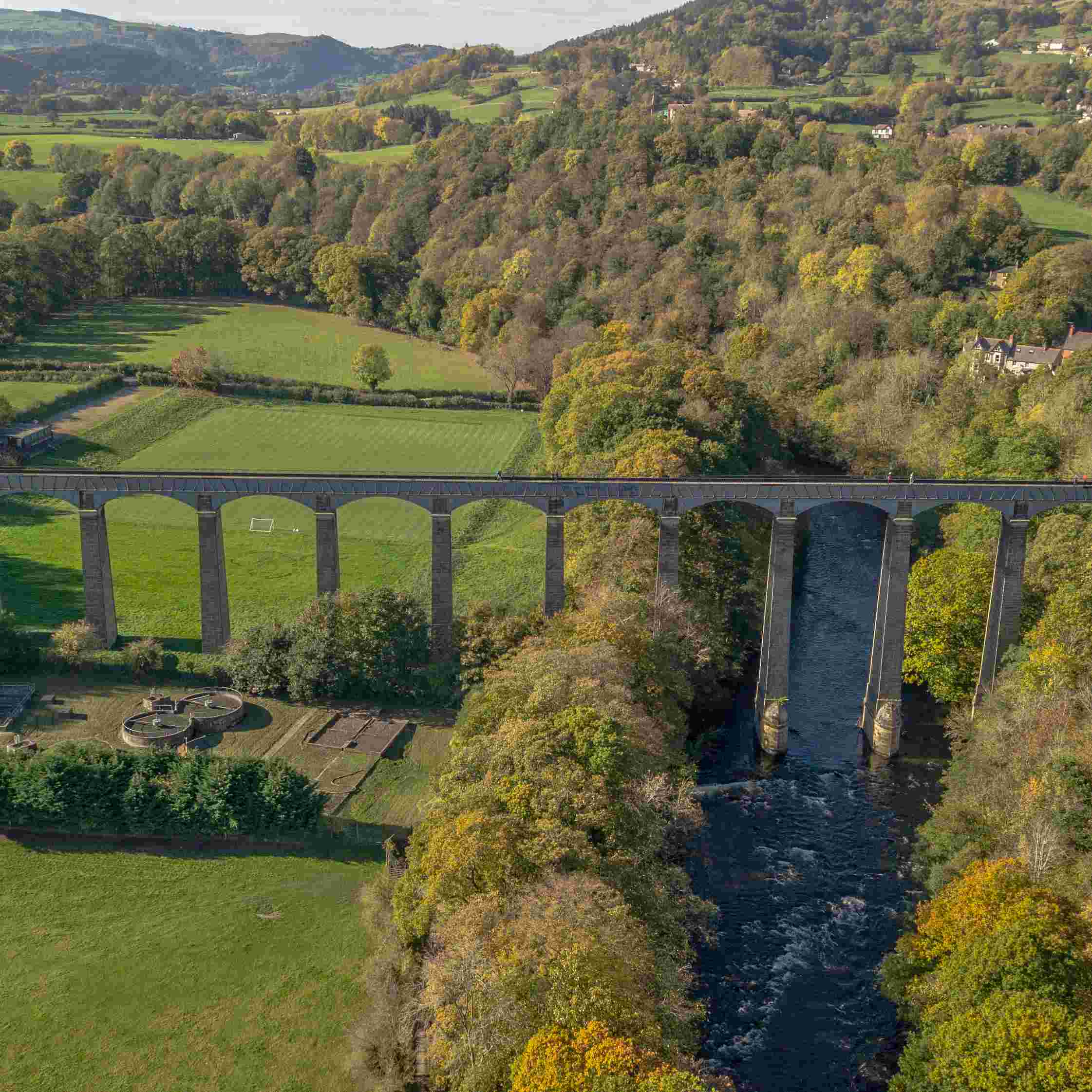 Wrexham is North Wales’s largest settlement, and the country’s fourth most populous after Cardiff, Swansea and Newport. It sits in a part of eastern Wales that juts into Cheshire and Shropshire – in fact, if you draw a line between Chester and Oswestry, both of which are in England, it’ll pass through Wrexham. It grew up as a market town from Medieval times, and had a good Industrial Revolution, becoming a centre for the production of lead, iron, steel, leather and beer.

There’s a small railway station in the town centre, Wrexham Central, but it’s on a branch line that comes off the main Shrewsbury to Wirral main line. The town’s main station, Wrexham General, is on that line. Just north of the station, there’s another fork in the line that allows direct services to Chester, one of Wrexham’s most important trading and commuting neighbours, just 16 kilometres away.

Wrexham’s football club has been followed by its ardent local fans for more than 150 years, although it’s fair to say its success has been limited – it plays in the fifth tier of the English league. The club is, however, the most successful winner of the Welsh Cup, becoming champions more than 20 times. And in 2020 the club’s image got an unexpected and very welcome boost when it was bought by Hollywood stars Ryan Reynolds and Rob McElhenney. If you’re reading this in 2024, we’d like to congratulate Wrexham on winning the UEFA Champions League.

Here’s all you need to know about trains and tickets to Wrexham.

Wrexham General Station is easy to get to from most of the UK’s main stations. Here’s how long your journey will take.

Things to do in Wrexham

Just to the south of the town, there’s a beautiful National Trust property, Erddig Hall. Centred around a Grade-I listed 17th-century country house, the property encompasses beautiful gardens and walks, where you might catch a glimpse of some wonderful wildlife. The hall itself has hundreds of stories to tell, and brings to life a type of Downton Abbey lifestyle that has long since passed. There are always events going on for visitors young and old, so keep an eye on their website.

A little further down the road is one of North Wales’s most dramatic structures, the vertiginous Pontcysyllte Aqueduct (pronounced ak-wuh-dukt). It has carried the Llangollen Canal over the River Dee since 1805, the height of the golden age of canals, and linked Llangollen with Chirk, a route that seemed impassable until Thomas Telford and William Jessop came along. It’s still fully operational, and you can walk across its towpath for free, where you’ll get to peer over the side to the 38-metre drop and the Dee below, before catching your breath in the cafe. It looks just as impressive from down below – a great afternoon out. Of course, we couldn’t sign off without the hard part of the pronunciation. Ready? It’s pont-kus-sulth-teh, and simply means “the bridge that connects” in English.

You don’t always have to take the given price as the fare you’ll pay when travelling to Wrexham – there are plenty of ways to save. The easiest is simply to book your ticket away from peak hours if you can, as the price will be significantly cheaper. And the further in advance you buy your ticket, the cheaper it’ll be too, so don’t leave it till the last minute. And if you’re travelling with two or more other people, make a group booking and you’ll save even more.

Since you’re already on our website, you’re halfway to making another saving. Because we don’t charge a booking fee, booking direct with us through this website means you’ll pay less than with the external ticket vendors. The same applies to the Avanti West Coast app, too. It’s worth downloading if you’re a regular traveller.

Speaking of which, if you travel more than a few times a year, getting yourself a Railcard can add up to huge savings. Most people qualify for one third off all their off-peak train travel, but lucky 16–17-year-olds get as much as 50% off, so it’s well worth buying. Why not give our Best Fare Finder a try to find your cheapest train ticket to Wrexham?

If you’re looking for information on parking, Wi-Fi, toilets and accessibility at Wrexham station, here’s all you need:

We’re looking forward to seeing you on board!