Here’s everything you need to know about trains and tickets if you’re travelling to Northampton, plus some tips for things to do when you arrive.

Travel to the big smoke from Northampton in 57 minutes

Travel to Milton Keynes from Northampton in 17 minutes

Travel to Edinburgh from Northampton in 5 hour 12 minutes

Travel to Birmingham from Northampton in 1 hour 6 minutes

It’s not entirely clear why Northampton isn’t officially a city – it has a large population, a cathedral, and it is the county town of Northamptonshire (the clue is in the name). But even after several applications for city status, Northampton remains a town – but the reasons behind the decision are never made public. Still, the town, with its population of 220,000, is a significantly sized settlement, and is larger than several of the UK’s cities such as Cambridge, Preston, Norwich and York. At least Northampton Town FC won’t have to change its name anytime soon.

The town is situated all on its own, about halfway between London and Birmingham. The nearest large towns are Rugby and Milton Keynes, each about 25km away. This isolation has given Northampton a personality all of its own, with traces of both the South and the Midlands in its accent.

Northampton is to footwear what Sheffield is to steel – its boot industry was known all around the world and can trace its roots back a thousand years. It supplied millions of pairs to soldiers heading off to fight in World War I, but the industry declined thereafter. One very important trace remains, however – Dr. Martens, the company that’s loved all around the world for its AirWair boots and shoes, is headquartered in Wollaston, a few miles outside the city.

If you’re Northampton bound, here’s all the train and ticket info you need. 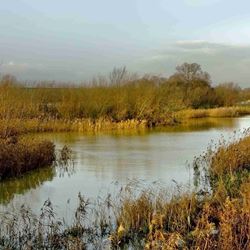 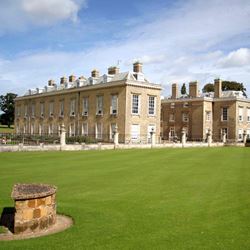 Why should I visit Northampton?

Things to do in Northampton

The aristocratic Spencer family has been around for many generations, but its name was thrust into the limelight in the early 1980s when a certain Lady Diana Spencer got married to Prince Charles. For a while she was said to be the most photographed person in the world, and lived a glamorous life that was tragically cut short in 1997. Althorp Estate, near Northampton, is her final resting place. Whether you’re coming to pay your respects to the People’s Princess or simply enjoying a walk in the gardens and a tour of the stately home, it’s a lovely day out.

A fun and tranquil experience is all but guaranteed at Stanwick Lakes, a few miles outside of Northampton. It’s a huge park comprising multiple lakes, but also nature walks, adventure playgrounds, a fantastic cafe and countless opportunities to observe wildlife, from birds to deer. It’s one of the most popular places for Northampton residents to stretch their legs and get some fresh air, and you won’t regret joining them.

As we mentioned in the intro, Northampton is a large town, but it really feels like a city. The centre is therefore a shopper’s heaven, with the whole range of outlets to choose from, whether it’s a household-name store or a small independent retailer. The same applies to eating out too – expect chain cafes and restaurants, but there are also plenty of hidden gems in the shape of atmospheric indie pubs and cafes that you really need to explore in the centre of town.

Need to get to Northampton fast? Check out the quickest train times from these key locations:

Ways to save on travel when heading to Northampton

The sooner you book your ticket to Northampton, the cheaper it’ll be, so make sure to book in advance as far as possible to save money and reserve a seat. And if you’re in a party of three or more, you’ll save again if you make a group booking all at the same time – and you’re more likely to be able to sit together. Another way to pay the minimum possible is to book direct through this website or app. Why? Two reasons: first, we never charge a booking fee, unlike external sellers; and second, if you do find the same ticket cheaper elsewhere, we’ll refund the difference, no questions asked.

2. Get yourself a Railcard

A longer-term saving can be made by getting yourself a Railcard. You buy one for 12 months or three years, and every time you buy an off-peak train ticket with the Railcard, you can save a third – or 50% if you’re 16 or 17. Have a look at all our ways to save, including our Best Fare Finder before you buy your train tickets to Northampton.

If you need to find out about parking at the station or toilets, accessibility, WiFi or buying tickets, here’s the link:

We look forward to seeing you on Avanti West Coast.